My little girl has been developing and growing in leaps and bounds since I last blogged about her antics. She never fails to amaze us with the amount of new information she picks up. I don't really teach her in the traditional classroom way. She learned about the parts of the body while I dressed her up or changed her diaper. She was just a little over a year old when she had memorized the basic parts of the body, not from a book but through our daily dressing up routine. I always sang to her old nursery rhymes and songs I made up and she looked so cute as she would watch me as I sang to her. She got to know the sounds farm and jungle animals make mostly as I sang "Old MacDonald Had a Farm" to her. We bought the usual colorful books and posters of ABCs and 123s and were delighted whenever she asked for these books or pointed to a letter from one of her posters.

Now I'm very proud to say that she can sing the Alphabet Song and count up to 12 on her own. She can even read majority of the letters if you point them out to her on any written material. She just gets confused with the letter "I" which she mistakes for "L" sometimes. I helped her learn numbers by counting the steps to our old apartment in Marshall Islands as I helped her climb them. She recognizes most animals already, unlike when she was one and thought all four-legged creatures were dogs.

Last week she totally surprised us by singing a lullaby I made up with the correct words and in the correct tune! I made up this song when she was a baby and had stopped singing it about a year ago. But 2 weeks ago I sang it to her again and so we were taken aback when she suddenly sang it to me and hubby on her own. That was a definite moment.

We've been prepping her for the coming of the new baby. At first, she would refer to the baby as baby brother as directed by hubby because we're hoping baby number 2 is a boy but after a few days I said we should make it more generic just in case it's a girl. Now Raine calls the baby, "baby silbing". She is now Ate Raine and sometimes likes to be known as the big sister. I really hope she won't be jealous of the new baby come August.

I'm very conscious now of the remaining months Raine will be an only child and I make an effort to spend quality time with her. I know this will be a little scarce especially during the first weeks of the new baby's arrival when he or she will be at the most demanding stage. For now I'm relishing our bonding moments especially at night when she asks for song after song and story after story while she lies down beside me in wide-eyed wonder.

I’ve been on another very long blogging hiatus. I will finally admit it, I was pretty lazy during my first trimester. Even if I spent half of it on “bedrest” I still wasn’t able to do as much as I should have done. Sigh, blame it on hormones? Not that there wasn’t anything to write about. There were and have been tons of things going on in my little life I could blog about. I just didn’t feel like it.
First of all and most importantly, we finally, or should I say, hubby finally took the plunge and opened a business we can all our own. After turning down a very tempting offer from a company overseas he rolled up his sleeves and got to work setting up our very own construction consultancy company. It hasn’t been easy being the boss. Unlike a restaurant or a store, it’s like we are back to the daily 8 am to 5 pm grind. He goes to the office everyday and has two full-time engineers to manage. I on the other hand, being the boss of the boss (hehehe!) come to work after lunch. Anything that doesn’t have anything to do with being an engineer is my territory.
We’ve been busy registering the company with the different government agencies. The escapades alone, to BIR, SSS, etc. are another blog entry altogether. I aim to have everything in place sooner than soon. All this is new to me and I’m still learning the ropes. I was so used to being just a regular employee and left the HR and Admin work to those in the know. But now, that responsibility rests on my shoulders. Yikes! It doesn’t help that our government agencies are just soooo easy to deal with, if you know what I mean. Plus the fact that you have to file for you and your employees every friggin’ month. Double yikes! I’m sure I’ll get used to it in due time.
After I give birth come August I will most likely be working from home most especially during the infancy of Baby # 2. Soon the SAHM in me will be a WAHM! Whew! At least my blog title is still applicable.
Posted by Rhea at 5:30 PM 2 comments:

Three Blessings on the Way

Come Christmas our family on both sides, mine and hubby's will have 2 more new members each! A couple of weeks ago my brother, just barely a month after his wedding late last year, broke the great news that he and his wife are expecting. A true-blue honeymoon baby! I had earlier announced that I was pregnant as well. We're all very excited for the addition of two new babies to the family and look forward to a very eventful Christmas.

It turns out the baby news does not stop there. My sister-in-law on my hubby's side is preggers too with baby number 2. The stork has been very busy indeed making his rounds between our families! Three times the blessing, three times the charm! The Year of the Ox is turning out more than okay in our book.
Posted by Rhea at 3:17 PM 1 comment:

I'm now pregnant with our second child and I'm seriously contemplating on investing in sturdy, yet affordable baby gear. For my first baby, my sister generously showered me with her toddler's crib, stroller and car seat. Her little girl was only 1.5 years old when I gave birth so all her baby stuff were still in pretty good condition. I was thinking of just borrowing them all again but it's been nearly three years since that time and a lot of really cool innovations in baby gear have come about.

This is especially true for car seats. Although it's not a must to have children in car seats in the Philippines, a lot of well-meaning parents have realized the importance of this baby gear and have included it in their must-buy items.

I hope to find one that would grow with my second baby and of course fit in our car. My sister's old car seat was a bit bulky and took up a lot of space in the backseat. With the endless choices particularly online I just know I'll have a field day shopping for the perfect car seat for my baby.

I was recently able to watch two of Brad Pitt's latest movies; The Curious Case of Benjamin Button and Burn After Reading. And I must say I enjoyed my little Brad-fest. He's been my absolute favorite Hollywood actor ever since I accidentally saw him on a re-run of the movie "A River Runs Through It". I didn't see the whole movie, just the scene where he is fly fishing. Needless to say, I was smitten. Then came "Legends of the Fall". And that was it.

Warning, this is not an in depth critique of either movies, mind you, just my general thoughts on both flicks. If you haven't watched either movie and plan to do so, you may not want to read on. Spoilers present. Haha!

Benjamin Button is about a man who is born in his 80s and ages backwards. It's a period movie and chronicles Benjamin's life from World War II to the 20th century as told through the eyes of his one true love portrayed by Oscar winner Cate Blanchett. I thought the movie was too long and dragging in some parts. Hubby even dozed off a few times. Shallow as it may seem, I couldn't wait for the part when Brad would look young again so I could see my favorite actor in all his handsome glory and this the movie didn't disappoint. We see Brad as he is now, then gradually getting younger as the movie progresses. I'm amazed how they were able to make Brad look like a young teenager again, on the skinny side, with lush blond hair but still absolutely fabulous. 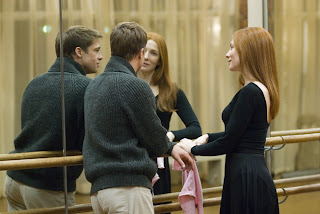 Burn After Reading is a black comedy. I wasn't able to really sit down and watch the entire movie, thanks to my hyperactive little tyke but I enjoyed watching it. Brad was his usual handsome self. He played a simple, happy-go-lucky fitness instructor so of course he looked the part. No need for any special make-up here, if there was a fitness instructor who looked like him, I'd sign up for the gym in a heartbeat. I was pretty shocked when Brad's character dies suddenly halfway through the film though. But it was refreshing watching him play a moronic role for a change. 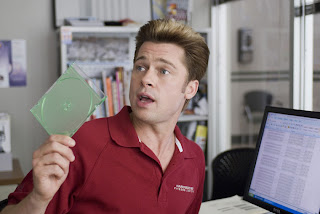 Have You Googled Yourself?

I was googling myself just a few minutes ago when lo and behold, what do I find but my first ever published article for an independent website. I got the "job" thru the website helium.com. It's a community for budding writers to share their knowledge on a range of diverse topics on anything under the sun. You can write on subjects of interest to you and if a publisher picks up your work you get paid for it.
The first article I ever wrote was really easy for me. It was about how to hire a professional make-up artist for your wedding. I must have done that piece in less than an hour, because it was something I enjoyed writing about. I knew my entry was chosen but had forgotten that it was to be published in another website, until I googled myself. Haha!
I beg your indulgence. Click on this link to view my article.
Posted by Rhea at 9:17 PM No comments:

I found out I was pregnant a couple of days before Christmas via a home pregnancy test. I hadn't gotten my period yet and I was feeling weird. Nausea at odd times of the day and preferring soups and salads to any other dish were another hint. I also suddenly craved for sinigang, anything with vinegar or with a sour taste. I now can't eat too much of anything or I'll feel sick to the stomach right after. Sometimes I think it would be better if I just actually threw up instead of constantly having a bad taste in my mouth. Ahhh, the "perks" of the first trimester. I wasn't this way with Raine 2 years ago, but I did crave for salads as well.
Hmmm, I think I'll have some green mango now.
Posted by Rhea at 9:57 PM 4 comments:

Rhea
From the concrete jungles of Manila to the laidback lifestyle of the Pacific islands, life has just taken a more interesting and more colorful route.

Snapshots of Our World

Drop Me A Line